Caters to the future living needs of homeowners!

Tentative preview in Aug or earlier!!

Qingjian is a real estate development company with years of experience and quality developments in Singapore and internationally, including the Olympic Sailing Centre and Liuting International Airport. It has been one of the top 10 developers for 3 years consecutively.

Locally, Qingjian has built numerous residential developments that are of the highest quality standards. As a result, the developer was named the fastest-growing company in Singapore in 2016, given its whopping compounded annual growth rate of 642 per cent between 2012 and 2015.

It was listed as the Top 10 real estate developers in 2016. Qingjian also sold the highest number of units among developers here in 2017, with a total of 1,216 units sold. The developer further cemented its position as the leader in smart homes in Singapore with robust sales of its forward-looking homes, some of which are listed below:

A total of 764 InZ Residences and Le Quest units were sold in 2017. On Jade Scape Condo's, Qingjian plans to build about 1,000 homes on the Shunfu plot, expected to be a mix of high-rise units of up to 25 storeys and landed units. The development will be launched later in August 2018.

Jade Scape Condo will fabulously sell by its own project! There is a pent up demand for the area - last project in vicinity was completed in 2012, (Tresalveo, only 176 Units)

Prices yet to be finalised by the developer. To be privy to prices and other information, please fill up the contact form to allow us to get back to you (by submitting this form, I agree to be contacted by the official marketing team).

Jade Scape Condo is strategically located along Shunfu Road, a prestigious address in district 20. Residents who do not drive can take a 5 minutes walk to the nearest MRT; Upper Thomson Station and Marymount station. This gets connected to the Thomson East Coast line. 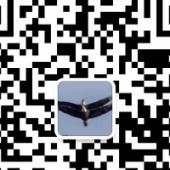